skip to main | skip to sidebar

Finally i can say it loudly!!

Democracy don't work! neither by making people take the nation decisions nor by choosing "an elite" to do it for them, because regular people who live in a country looking for better jobs and better life and the best deals for food and clothes ,cant take political decisions... not even electing a president, because they simply DO not know!

If democracy works and if democracy is the best political deal we can get... America will be fine and stable no financial crises and no black men in presidency "and that is a good thing ,but it would never happen if not with big mistakes in democracy, and God be with Obama if he messed it up like bush or in anyway, he will be blamed and (you know what! he's black what did we expect!!"

yes , electing bush for the second time was a big mistake, for both American themselves and for the whole world.. who to blame??? the people? you cant blame the people, because they made the decision that the they thought it was better for themselves and their families, OK let's blame bush, i thought democracy provide a big chance for observing the person in act and questioning him , and that didn't happen! who to blame?

If u r giving the people the chance to choose at the beginning and at the end, why don't you give them a chance to choose when its time to change, not a time for election, which will give ,who ever acting on the presidency, a big time to cover whatever he want and show whatever he needs to manipulate! let them reelect whenever they think its time , like maybe 2 years ago in America!
hey don't get me wrong, I'm not communist, I'm not even an Islamic political thinker yet, i don't really know the specific formula for a successful political leadership but i know its not democracy.

I just need to get u to think.. if democratic political leadership all around the world want you to b the political spokesman for yourself and take your decisions by yourself.... how come u r not??

whatever the way that we ended up having a leader ,a president , a king... we need all of them to be honest, we need anyone of them to stand up and say I'm wrong I'm out, and you can call it whatever u can.
It's not only words , people struggle for a better future and life , they will never get what they want unless there is a good political leadership.

So just don't give up on demanding your rights
Posted by manar at 2:16 AM 20 comments:

I again have faith

I have been living in America for the last 3 months and a year.. and it was amazing, its still amazing in every way, I hated America all my life,for me America was the big enemy, the spoiler that mess up everything for us as Arab nation specially when it comes to the israeli_ palestenian case, and of course when you think of a country as being the bad guy you will never exclude the people especially if it's a democratic country that it's people have a big share in deciding who will govern them... but living here changed my point of view big time, i saw people that are not that different from our people who have hope and looking for a better future in a very simple way, people who cares about their jobs and the salary at the end of the month ,and their government had also played them and deceive them!

Oh ya I am trying to justify my love to America the country America the people because i have never imagined myself attached to this country or related to it in anyway.

what really matters after all this, that Obama won the election for 338 votes. which is amazing, and that for sure gave me a lot of hope, he is so intelligent not like in smart intelligent, intelligent like in his personality, his vision. for the first time since probably the 2ND intifada in 2001 i have faith in something that can change the statuesque in the political world. we heard a lot of complaining all over the world that thing will do nothing but get worst, for me it was completely the opposite, its the best chance to make any change , any regular person can make a change in this collapsing world and hopefully that what Obama is doing. it gave faith also because the people did it,they understood what is going on and made the right desicion after suffering.

the relief in the states is unbelievable, the expectations are high, or may i say normal?? because as a world now ,we need to get up and do sth ...America is the leader, we count on America in every way whether we like it or not , that's why we were effected so badly with the polices that was in action for the last 8 years.... one time in a small school research when i was studying politics i wrote that the world will stop reling on the united nation and will seek a powerful country that knows what justice and peace mean because that the human nature, by electing Obama yesterday as the president of the united states of America... i hope that whats happening.

please Obama u gave me faith, u put me back on track of hoping for a better future... i know its hard for u , you have to clean up the mess, but with Ur strength and the support u have u can do it.... we can do it , u and only u could make an Arabian girl from Palestine that she has never seen it, who lived all her life in Jordan as her beloved country... made America another part of my identity, and now I'm part of America and I'm liking it because you become its president.... 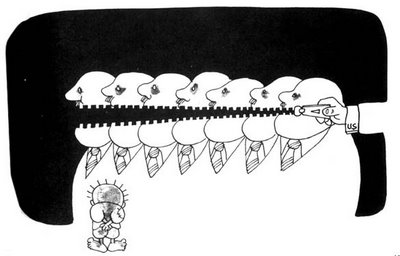 
i still think im too young.. not mature enough..... u know that feeling?
i mean sometimes i think, god.... this life is too hard..but still i keep trying and trying,with a smile, i promise, but the very inside of me is frightend..and thats also mayb... bcoz i fear failure and i cant accept it....im that kind of ppl who can always c the empty half of the galss...still im cheerful, always smiling and i can make anybody who share time with me so happy,that kind of person who can create the party now!..... but something is always hidden inside me.

i dont know regret, mayb thats why i feel like im not moving forword coz from time to another u have to look back and check things once more to learn....... from the other side, this not looking back thing gave me so much strength to keep my very first principals that i have and never let them go , but sometimes i look arround and i feel like im one of my kind, not in a good way or bad either, its just im standing alone here in no where..holding my old stuff, my first personality that i once discovered, not able and refusing to b changed, that i love myself the way i am, but sometimes it doesnt work, especially the honesty part_even when i like some guy_ ill just say it, im just that very nice person i mean over nice, that ppl will think im mad or, u know, other bad stuff mayb, and its not abt if u care or not as i dont, but u can c it in others eyes, whatever was the look....and yes i admit it... i just cant take things easy, its also becoz i believe; if u start to take things _that happened to u or things that u care abt_ easy ull loose ur sensibilty in this solid world, i love me being sensetive and romantic and passionate almost abt every thing in my life, but it seems it doesnt work anymore, as i think im balanced between being romantic and realistic ,which sometimes i just do it for things sake, i still can feel that im loosing sensibility and tenderness..its just how i think the world should b going..

but wallah its too much trouble coz when im in love im too deeply madly in love, when i believe in an idea ill b dying for it,when i make friends i over trust them..its just how i am....

ya i may seem silly for some of u as u may say:" hey girl get real",but i know that theres many ppl who r like me and they r abt to go crazy bcoz of it.....

as simple as jabal amman :) 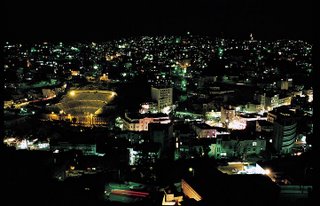 jabal amman is just too special for me and i guess for many of you, its different,ancient,and there u can get the best views for amman down town specially from "jordan wild" and the balcony of "books@cafe"...and where u can find the most beatiufull houses in amman, i love jabal amman and i noticed that names things long time ago hehe.... so i decided i want to share it with you guys.....
Posted by manar at 12:12 PM 10 comments:

manar
Political sciences degree which I adore , two boys that I love and a supportive husband... Big dreams for them for me and for this growing world, I'm a home stay mom by choice, I love it and I want you to accept me the way you accepted me when I was not.